Chess in the Family 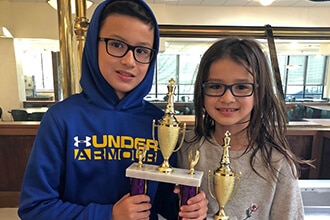 “When I was first introduced to the game of chess, I was five years old, and I remember thinking to myself that the pawns should have their own names too,” recalls Thomas Schiwek. “Just because they were small, they were far from insignificant. I came to learn, quickly enough, that they had a unique power all their own, and they can easily change the course of a game.”

A 7th grader at German International School in White Plains, Thomas began studying chess in kindergarten and started playing tournaments in 3rd grade. Thomas participates in the after-school chess program, as well as weekly NSCF chess classes He has studied with NSCF instructors NM Ricardo Perez Billinghurst, Jon Rigai, and most recently with FM Ramon Lorente. Thomas won the 2018-19 NSCF Grand Prix Middle School section and. at the time of writing, had increased his rating to 1481. He also won the 5th grade title in the prior year’s series, came second for 4th grade in the 2016-17 competition, and was the 2018 Westchester County Chess 5th grade Champion. 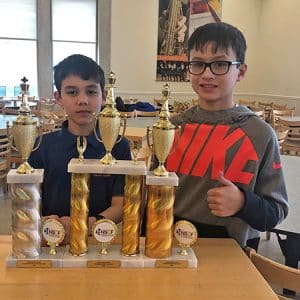 Thomas regularly plays and studies with his friend and schoolmate, Xavier Frankenberger who is also a NSCF Grand Prix champion, having won the 5th grade title for 2018-19 and the 4th grade title the year before. Together Thomas and Xavier founded the GISNY’s chess club, “The Wizards” and have contributed articles about chess to The Lens, the online GISNY newspaper. The club works to promote chess among students in the school, to provide social activities, to get together to learn chess, and to play games. No matter the level of skill or experience, the members of the club cultivate friendships and have competitive games.

Thomas has many interests outside of chess and excels at them all. He is fluent in 3 languages (German, French and English), plays piano and has earned his second degree black belt in Tae Kwon Do. GISNY has a rigorous curriculum in math and science – and Thomas’ favorite subjects are math, algebra, biology and physics. He also attends the English Honors class and enjoys reading books.  Thomas is also a member of the basketball team (Middle School/Junior Varsity), and the GISNY Robotics team.

Thomas comes from a family that supports and encourages his chess competition. His father was a competitive chess player in his youth, participating in tournaments throughout East Germany. Both grandfathers (dad’s father and mom’s father) are also avid chess players. Mother Anna is the parent chess coordinator at GIS and was instrumental in bringing a NSCF Grand Prix tournament to the school. And his little sister, Anja, also enjoys playing chess and competing in tournaments. 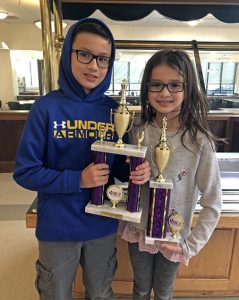 Anja Schiwek is now a 4th grader at GISNY and participates in the after-school chess program, as well as weekly NSCF chess classes. Anja is also a member of the GISNY chess club, and plays on the GISNY Girls’ Chess Team, competing in many NSCF and Hunter tournaments, as well as all girl chess tournaments. Her rating has been as high as 603 and last year she made US Chess Top 100 Girls list for 7-year-olds.

Not to be outdone by her older brother in activities outside of chess, Anja is also highly accomplished for her age. She is fluent in 2 languages (German and English), is in the Honors English class and a member of the GISNY robotics team. Anja dances ballet and plays the piano. She is a competitive level 4 rhythmic gymnast and has attained her first-degree black belt in Tae Kwon Do.

But chess ranks high among these passions. Indeed, in 3rd grade she wrote a short poem about chess, set to a famous piece of music:

“Knights on their horses, and kings in their castles;

These are a few of my favorite things.” 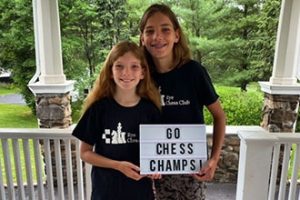 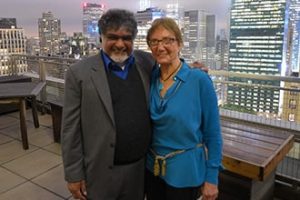