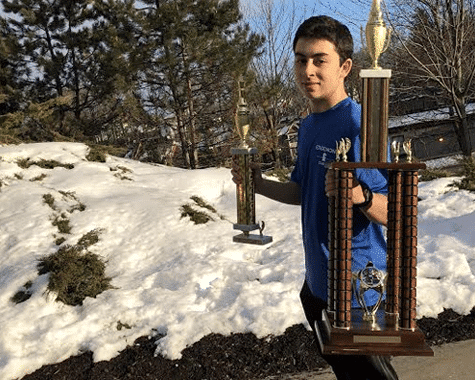 Teaching has become as important as playing for National Master William Graif, one of the NSCF’s star alumni. The 18-year-old senior at Edgemont High School is both player and coach for his school’s chess team, which just won the New York State Scholastic Chess Championship for the second year in a row.

William began playing Connect 4 at the age of three with his mother while his older sister, Caroline, was at school. He wanted to play so often that his mother, becoming sick of it, determined it was time to learn a new game and grabbed the first one off the shelf. She had a basic understanding of chess from playing with her grandfather so she was able to teach William “everything she knew,” which was how the pieces moved. “I started getting the hang of it pretty quickly,” William said, “and was soon able to figure out some of the patterns on my own. Our next-door neighbor at the time was Mark Brodsky, who founded a cybersecurity firm, and was a big chess enthusiast. He played me a few times and told my dad I had ‘extraordinary innate ability,’ and that my family should enter me into a chess tournament.”

William played in his first tournament at the age of 5, and did pretty well. “I liked it. I am very competitive by nature, I like to win, and so I kept on playing and figuring out how I could win more.” Shortly after starting school at Seely Place, William began attending a NSCF after school chess club at nearby Greenville Elementary. It didn’t take too long for him to realize he was already better than the kids playing there, so he started going to the chess club at Edgemont High School. “I won most of my games there too, even though everyone was a decade older than me,” William said.

Around this time, William started working with a private coach from the NSCF, the late Tharin Chadwick. By age 8, he began working with FIDE Master Sunil Weeramantry and has been studying with him ever since. William worked very hard at his craft, with his father ensuring that he was doing double-digit tactics problems each day. “I wasn’t really even forced into doing this, per se,” William reflected. “It was something I wanted to do because I loved the beauty of some of these tactics and realized that it gave me an edge over my opponents in recognizing patterns over-the-board.” 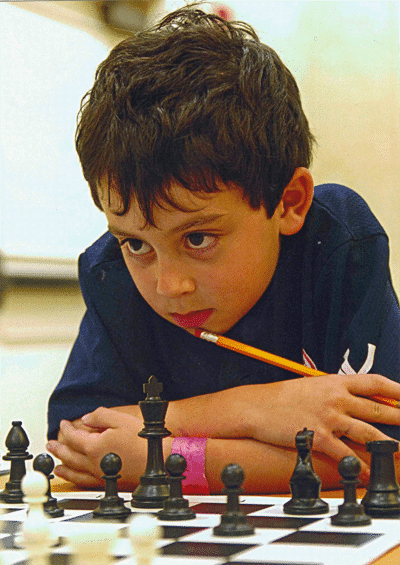 Along the way, William’s competitiveness has earned him several New York state, as well as national scholastic chess titles. He was US Champion for 3rd graders in 2008. Unable to qualify under the US rules that year to participate in the World Youth Chess Championships in Vietnam, he went to Canada and won the 2008 Under 10 title there. (William has dual citizenship; while born in New York, his mom is from Toronto and his father from Montreal.) In FIDE, he has competed under the Canadian flag ever since, representing his parents’ home country at World Youth events in Vietnam, Turkey, Greece, and United Arab Emirates. William was also the US Champion for 6th graders in 2011 and placed second in the 10th grade competition in 2015 and in the 11th grade in 2016. In 2019, William Canadian Junior Chess Championship. 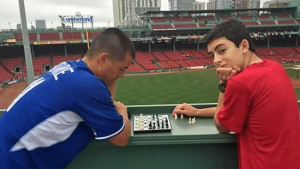 Chess has allowed him to make friends all over the world, among them former Major League Baseball player Jeremy Guthrie who he met in an elevator in a hotel in Detroit when the famed pitcher, then with the Baltimore Orioles, saw a 10-year-old William with a chess set and arranged for the two to play.

William is self-disciplined and makes the point that accomplishing anything in life starts with having a goal. One of his was making National Master before he turned 15. “It was hard work, my rating was stuck for a long time in the low 2100s. I was playing two tournaments most weeks and really worked hard on preparation. It was a time commitment but I did it.” He broke the 2200 mark just a few weeks before his birthday!

“It’s still slow going for me. When I was younger it seemed much easier. I broke 2200 in 2014 but broke 2300 only a month ago. You get to a certain level, and it’s different for everyone, but you hit a sort of wall. You have to have your own personal initiative to push through. I was slow to adjust to playing against stronger players.” William says his next goal is to become a FIDE Master.

In addition to playing, William has found another love: teaching chess. He has been the sole coach for the team at Edgemont High and has a few private students as well. Last spring he worked with the NSCF to teach an after school club at Seely Place, his old elementary school. “It meant a lot for me to be able to return and bring chess to my school. It was a lot of fun working with the kids. I got to see many of the teachers I had when I was there. It’s something I hope I can do again.” William also helps Sunil coach the Hunter College Elementary School team during national competitions, in addition to teaching at the Hunter summer chess day camp with International Master Farai Mandizha.

Life is more than chess, although the game has influenced much of his academic success. William is currently attending the University of Chicago where he is studying statistics and economics. “The thing I see the most connection with is problem-solving. In statistics, for example, if I want to set up an experiment, I am able to eliminate sources of error to make the results more potent and see patterns in the information, just as I do in chess.”

William also says chess has taught him sportsmanship. And he says chess can be a great activity for students of all ages. “Even if you are not pursuing this at a master level, there is just so much to the game that it is hard not to find some application to life. It’s one of the reasons I like teaching it so much.”