Archive: Blasts from the Past 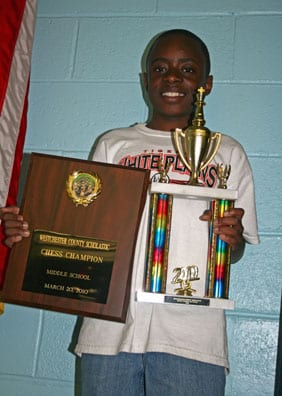 Each year since its inception, the NSCF has produced a Grand Prix series of tournaments throughout Westchester County, NY and in Greenwich, CT. The NSCF has also produced the annual Westchester County and Greenwich City Scholastic Chess Championships. At the bottom of this page you can find the results for every tournament during the past 5 years. (If you need earlier results, all of our events are USCF-rated and appear in their Past Events Crosstables.)

Pictured at right is Josh Colas, our 2010 Westchester County Middle School Champion. That same year, Josh became the youngest ever African-American to become a chess master. He has won 6 national championships and today is a International Master-elect who continues to play chess. This year, Josh graduated from Webster University in St. Louis where he was studying on a full scholarship for chess! 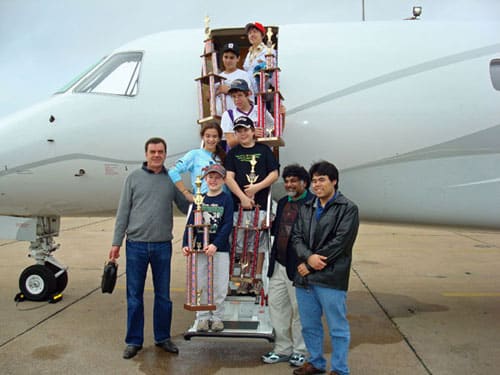 Participating in our NSCF tournaments was great practice for many students who went on to national and international competition, including this 2007 team from Solomon Schechter which brought home several top prizes from the National K-12 (Grade) Championships held in Houston. Bringing home the hardware are Alexander Reis, Max Steinberg, Josh Abady, Michael Bodek and Hannah Steinberg (missing from the picture is Ben Gershenov). A young Grandmaster Hikaru Nakamura came along to cheer everyone on. FM Adnan Kobas (left) along with Polly Wright (top) and FM Sunil Weeramantry coached the team.

Click the links below to access each year’s NSCF tournaments with individual and team results organized by section.