The 2017 Greenwich City Scholastic Chess Championship is now in our history books or, in our case, in the results section of our website. On January 22 at Greenwich Academy, 129 competitors battled in eight sections organized by grade (K-1 and Middle/High School were each combined into single sections). The tournament was open to all students regardless of where they live, with prizes awarded to the top individual and team performers. In addition, the top player in each of the grade categories who resides in, or attends school in, Greenwich received a plaque as Greenwich City Scholastic Chess Champion. Two Greenwich school teams also earned awards based on a combined score across the grades. The top K-3 Team Overall Award was presented to Brunswick School while the Grades 4-12 Team Award this year went to Greenwich Academy. 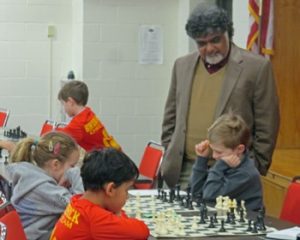 NSCF Executive Director Sunil Weeramantry, shown here observing a game in the K-1 section, opened the festivities before flying off to see if his own chess chops are still up to his personal standards; Sunil is playing this week in a tournament in Gibraltar. Pictured at the boards are Elllie Gillott playing against Richard Mendell while Kiran Behringer (front) contemplates while waiting for his opponent to return to the board.

(Photos below show the students whose names appear in bold, left to right; each row matches one paragraph.)

Top individual performers included Leo Graham and Vincent Zhu who achieved perfect 4.0 scores and are co-champions in the K-1 section. The K-1 team award was won by Brunswick school. In 2nd grade, the only perfect score was earned by Rahav Arun; he was followed by Charles Doyle and several others tied at 3.0 including the top Greenwich chess player, Oliver Servedio, who took fourth overall after tie-breaks. With only a two-member team, Oliver and Rami Khan, Stanwich earned the Grade 2 team award.

For 5th grade, Joshua Promisel proved he had the right stuff to take first overall with David Linnett as the top Greenwich student. The 5th grade team prize went to Scarsdale’s Heathcote School.

In the ever-competitive combined Middle and High School section, Matan Katz earned a 4.0. Matan is a 6th grader at Solomon Schechter school. He was challenged by Aurelius Mlynar who earned a 3.5. Meena Behringer took the Greenwich champion honors while placing sixth overall. The team prize went to Solomon Schechter School of Westchester with a team comprised of Matan, Jared Schwartz and Benjamin Promisel.

School officials, NSCF organizers and parents all expressed how well the children performed and how much fun everyone had. Students from Greenwich Academy showed they were great competitors and congenial hosts. Pictured are (from K-1, left to right) Ellie Gillott, Annie Ulmer, Satya Daftuar, Ellie Osnoss, Claire Gillott, Annika Nystedt; and 3rd graders Lucy Wayne and Lexie Gonnella. Supportive parents, as always are the key to success: Frederik, Madeleine, and Janette van der Weijden.

For a complete listing of results, please visit our 2016-2017 results page.

Thanks to Greenwich Academy for sharing their wonderful facility, and to Carolyn Weeramantry, Valerie Wayne and Polly Wright for the beautiful photos. 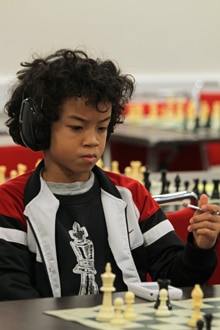 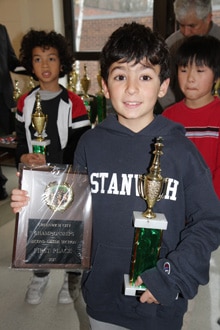 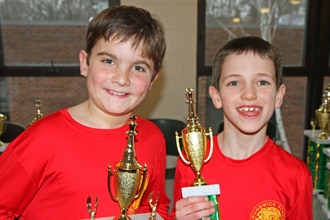 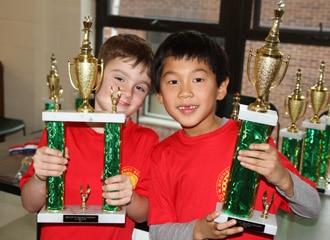 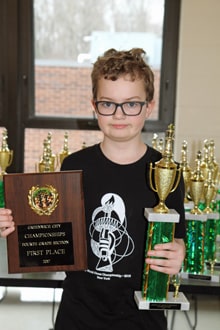 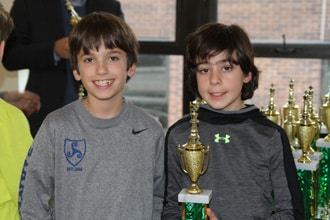 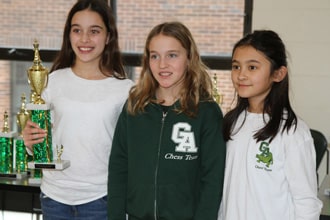 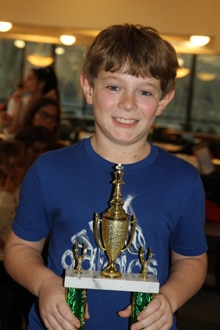 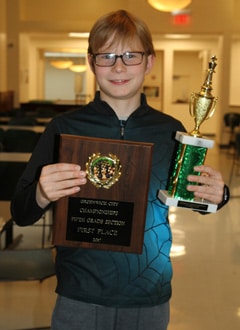 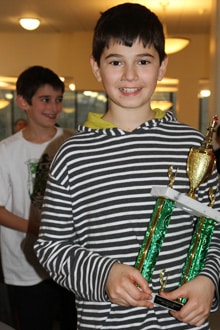 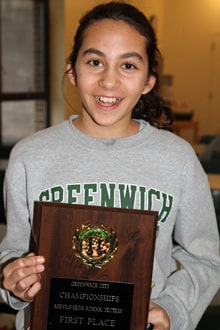 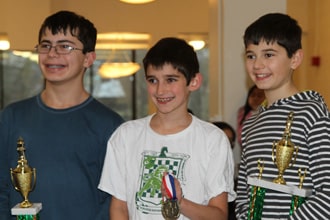 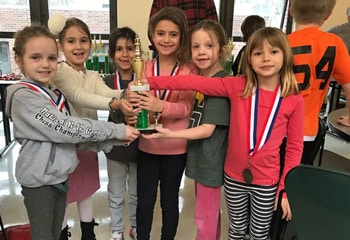 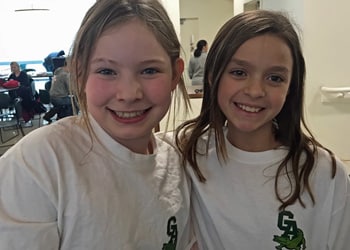 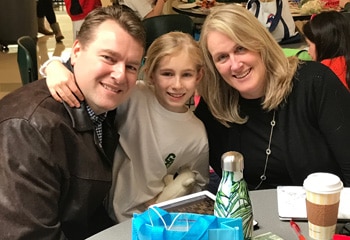